Wiltshire & Swindon LRF was pleased to be displaying at this year’s Emergency Services Show held on Sunday 8th September. Despite a few rogue showers, approximately 15,000 members of the public made their way to Hullavington Airfield near Chippenham to see the work of the local emergency services at close hand. 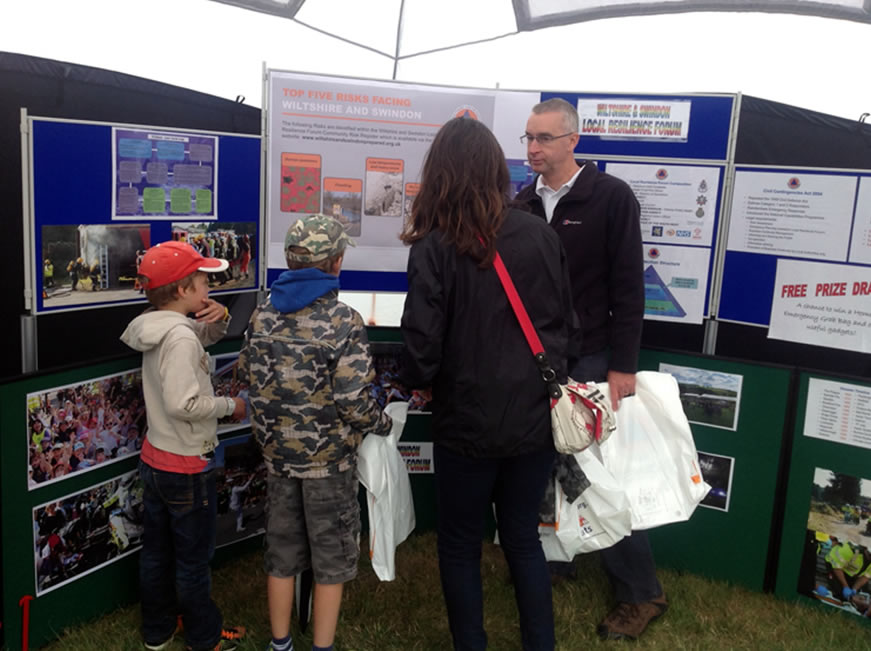 As well as the excitement of high octane helicopters, police cars and fire engines, the LRF had a pitch dedicated to promoting the work of the partnership. The display was staffed by members of Wiltshire Police, Wiltshire Fire & Rescue, South Western Ambulance Service, Wiltshire Council and Public Health England. Members of the public were able to see how a collaborative approach led to the success of last year’s Olympic Torch Relay as it passed through Wiltshire and Swindon.

One of the key themes was to encourage community resilience and representatives of Wiltshire Council were able to explain how to go about producing a Community Resilience Plan. Also in attendance were colleagues from Swindon Borough Council and the National Flood Forum who were specifically able to talk about Swindon’s community flooding project.

There was an opportunity to distribute the LRF ‘Are you ready?’ booklet and it was emphasised that the practical advice contained within it may just save lives in the event of an emergency. Although rare, people were interested to know that emergencies and major incidents can happen in Wiltshire and Swindon. They were able to better understand the five top risks facing our area at this time, namely: 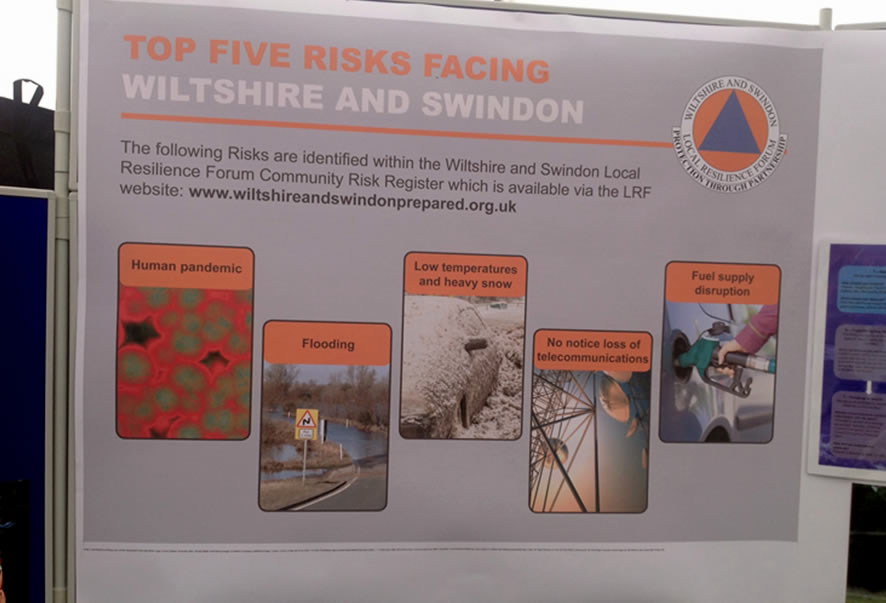 As well as distributing a variety of promotional material, attendees were entered into a free prize draw. The winner received a 72 hour survival grab-bag and there were two consolation prizes of a wind-up radio/torch. In addition, ten spot prizes of a mini wind-up torch were won throughout the day.

The LRF stand was visited by the High Sheriff, the Wiltshire and Swindon Police & Crime Commissioner and other VIPs. As well as local people visiting the stand, others came from further afield with one couple visiting from Lancashire.