Street Pastors engage with people on the streets to care for them, listen to them and help them. They work together with other partners in the night-time economy to make communities safer.

Street pastor teams across Wiltshire are now trained to deploy in an emergency or crisis. The volunteer response pastors can now be called on in the event of an emergency or major incident to provide support services such as caring, listening and additional help.

Wiltshire response pastors are represented at schemes in Chippenham, Salisbury, Warminster, Trowbridge and Swindon. So far 26 volunteers have been trained at the first session on Saturday July 2.

Michael Weeks, coordinator of Wiltshire response pastors said: “Street pastors already hold a set of skills that can benefit the communities we serve, not just on our normal Saturday night deployments in our towns. With this extra training we will be in a position to potentially help our communities further if required.” Cllr Peter Hutton, portfolio holder for public protection at Wiltshire Council, said: “ Wiltshire is very fortunate to have energetic and dedicated street pastor teams across the county.

“The development and introduction of a response pastor team to deal with large scale events and emergencies can only be seen as a positive for community safety across Wiltshire”.

Paul Williams, the Wiltshire and Swindon Local Resilience Forum Manager, said: “We are delighted to support this training. Response pastors play a valuable role in helping to support people at times of crisis. Their presence in our area is very positive, should we have to respond to a major incident locally”.

The response pastor initiative was originally developed in London after talks between the Ascension Trust, the Christian charity responsible for response and street pastors, the Metropolitan Police and resilience forums.

Continuing the LRF’s busy autumn schedule of exercising aimed at responders being prepared and helping to keep the people of Wiltshire and Swindon safe, multi-agency media leads from across Wiltshire and Swindon took part in a social media tabletop exercise on Thursday 29th September 2016.

Exercise Ludo was a multi-agency social media exercise developed by Wiltshire Police and Public Health England (Porton Down) utilising wnn and Twister news and social media sites. The exercise focussed on a chemical incident at a fictitious factory on the West Wiltshire Trading Estate in Westbury. 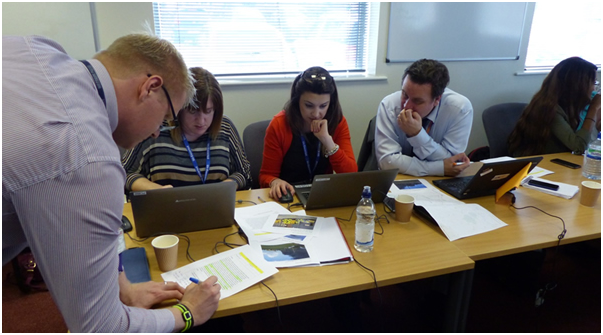 The exercise was supported by the BBC who provided professional journalists for the pseudo media element. Players were fed information and had to respond to live time tweets and calls from the media. This was all conducted as part of a joint multi-agency media cell. 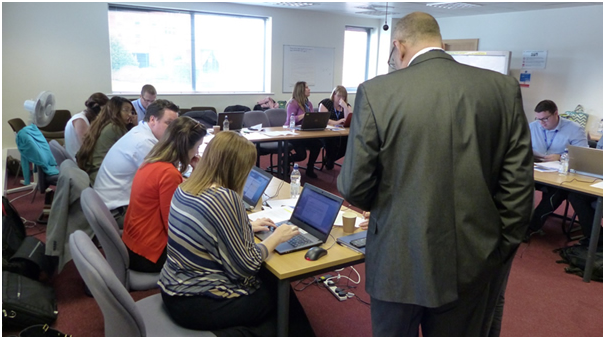 It is the first time that an exercise of this type has been held in Wiltshire and Swindon and proved a huge success, with all players learning lessons and gaining valuable experience from the day. 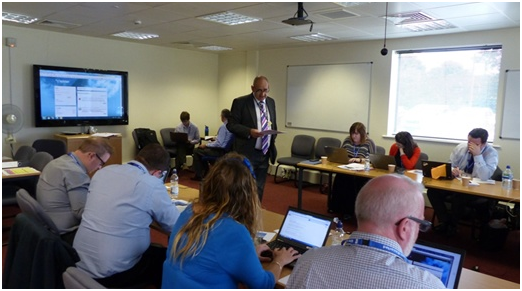 Bob Young, Wiltshire Police Emergency Planning Manager and Exercise Director said “This was a really important exercise to test our multi-agency response to social media in a safe learning environment, so that we are better prepared when dealing with real incidents and the huge demands of the media and public expectations.” 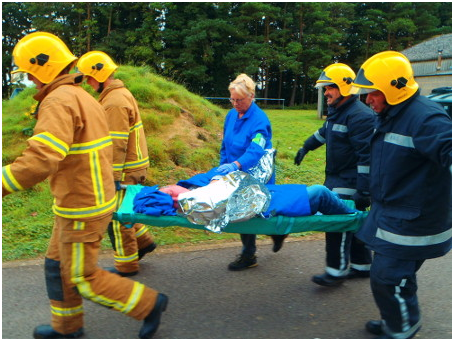 The LRF has begun a busy schedule of exercises this autumn by taking part in Exercise Snowy Owl. Multi-agency exercising is aimed at responders being prepared and helping to keep the people of Wiltshire and Swindon safe.

On Tuesday 6th September 2016, Chemring Countermeasures near Amesbury was the venue for a ‘live’ operational exercise followed by a tactical table-top exercise involving managers and commanders from a variety of agencies. Chemring is a ‘top-tier’ site under the Control of Major Accident Hazard Regulations 1999 known as COMAH. Consequently, they are legally required to protect their employees, third parties and members of the public who may be affected by their work activities. There are also various legal requirements that apply to protect the environment.

All COMAH sites tend to have significant quantities of flammable, environmentally hazardous or toxic substances on site which increases the potential to cause multiple injuries or fatalities to those working at the site or living in the local community. The COMAH Regulations aim to prevent major accidents and, should one happen, require businesses to limit the effects on people and the environment.

Chemring’s ‘on-site’ plan interfaces with the multi-agency ‘off-site’ plan prepared by Wiltshire Council. The Council plays a key role by preparing, reviewing, revising and testing ‘off-site’ emergency plans particularly focussing on the ‘off-site’ consequences of major accidents. The ‘off-site’ plan includes how the operator will communicate with the public, the emergency services and other authorities concerned in the area. This information is crucial because it allows those receiving it to decide what actions they need to take for their own safety and to mitigate the consequences of the accident.

Last Tuesday’s scenario was based on a helicopter crashing into the Chemring site while inbound to Boscombe Down. The Military provided the carcass of a Lynx helicopter and smoke was used to add realism for responders. Initially Chemring’s own first aiders and ‘on-site’ firefighters responded to the incident until the emergency services arrived. Police, Fire and Ambulance were able to test their joint emergency services interoperability principles that have been adopted nationally across all three services and originate from lessons learned from the 7/7 bombings.

The tactical phase repeated the scenario allowing a multi-agency response to be exercised in conjunction with site managers. Multi-agency partners included Wiltshire Council (supported by colleagues from Swindon Borough Council), Wiltshire Police, Dorset and Wiltshire Fire & Rescue Service, South Western Ambulance Service, NHS England, Public Health England, Environment Agency and the Military. A ‘hot’ debrief was undertaken on the day and valuable learning was gained. All parties will now incorporate the lessons learned to refine both the ‘on-site’ and ‘off-site’ plans.

The plans have to be tested every three years and before we know it we’ll be at 2019!

On Friday 7th October 2016, the Local Resilience Forum undertook the final exercise in their autumn trilogy of exercising aimed at responders being prepared to respond to a major incident or emergency. The overall purpose is to help keep the people of Wiltshire and Swindon safe. Agencies attended MOD Corsham so that plans could be tested together in a multi-agency environment in response to a major incident scenario at the site. The exercise, named Exercise Manhattan, had operational ‘live’ play in the morning involving a helicopter crash which was played in ‘real’ time. The wreckage of a military Lynx helicopter was placed at the MOD Corsham site with simulated fatalities and casualties. The organisation Action Amps took part to add realism to the scenario, and to assist paramedics in assessing how to deal with multiple casualties who may have been seriously injured. Wiltshire Police, Dorset & Wiltshire Fire & Rescue Service, Wiltshire Council (supported by colleagues from Swindon Borough Council), South Western Ambulance Service, NHS England and the Environment Agency were some of the key local partners involved in Exercise Manhattan. 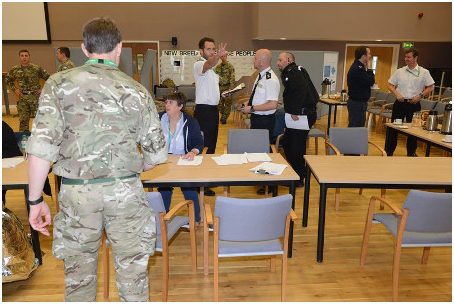 The exercise focussed on response and rescue in the morning with ‘live’ play to see how partner agencies coordinate their response at the scene. The three emergency services now operate to a common set of principles known as JESIP (Joint Emergency Services Interoperability Principles) which have been developed since the 7/7 bombings in London. The afternoon took the form of a table-top scenario where tactical commanders were brought together to consider the same incident and examine their response, and the wider implications around recovery. At the same time, MOD Corsham invoked their business continuity plans, requiring staff from the site and responding agencies to work in synergy together to resolve the incident. Participants were required to decide what needed to be done to bring the site back to full functionality and the local community back to normal. 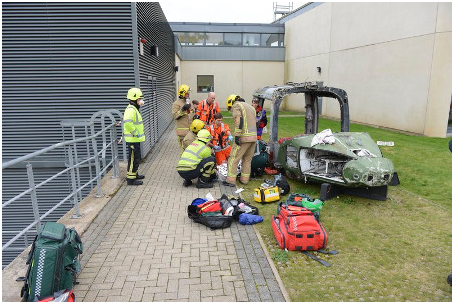 Wiltshire Police and Wiltshire Council also used the exercise to test their Survivor Reception Centre plans. Emergency planners, who form part of the Local Resilience Forum, have been working together with colleagues from MOD Corsham for more than six months planning the exercise. A major incident is an event or situation, with a range of serious consequences, which requires special arrangements to be implemented by one or more emergency responder agencies. Bob Young, Major Incident Planning Manager for Wiltshire Police said: “Wiltshire has a significant number of MOD establishments across the county. Exercise Manhattan was a good opportunity for partner agencies to test their response to an incident and work with colleagues from the MOD to ensure that we understand what is required and the capabilities of each organisation. 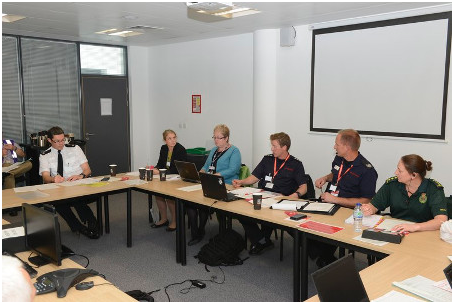 “It is always good for us to exercise our plans and learn lessons for the future.” Mike Veale, Chief Constable of Wiltshire Police and Chair of the Local Resilience Forum, said: “Exercise Manhattan has been a really good opportunity to test and exercise our plans in conjunction with MOD colleagues. “I would emphasise that major incidents are, thankfully, relatively rare in Wiltshire and Swindon. However, the Local Resilience Forum regularly works together for incidents such as flooding, adverse weather or any incident where more than one agency is involved.” 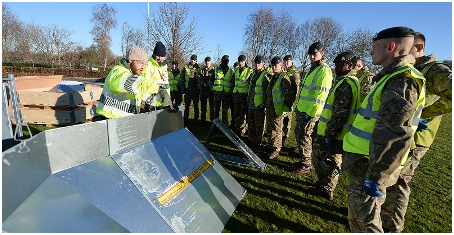 Wiltshire based soldiers from 5th Battalion The Rifles and The King’s Royal Hussars undertook flood defence training provided by the Environment Agency today, Wednesday 29 November. The exercise, called WESSEX TEAL, was conducted to ensure that troops are fully conversant in the design and construction of the latest flood defence barriers. Following the winter flooding last year, more than 1,200 UK troops across the country have been put on 24-hour standby to help in the event of a repeat this winter.

Three battalions will be held at a high state of readiness for three months at a time and can be called upon if needed to support communities across the UK. Tasks could include erecting the temporary flood barriers, providing engineering and logistics support, and assisting with the evacuation of affected communities. Over the last year, personnel have taken part in training exercises to make sure they are prepared to reduce the impacts of floods across the UK.

As part of the Government’s drive for winter preparedness, the Ministry of Defence has also reviewed the way that the military supports authorities such as the Environment Agency, and made this process easier to make sure they can be mobilised more quickly to support partner agencies in case of emergencies. Mike Penning MP, Minister for the Armed Forces said:

“Our Armed Forces are committed and professional and are ready should they be needed to support local authorities in responding to flooding and other adverse weather in our communities.

“We have three Army battalions, split across the country who have undertaken dedicated training to prepare them to help reduce the impacts of floods”.

Lieutenant Colonel Rod Small, Joint Regional Liaison Officer for the South West of England said: “This has given the soldiers the opportunity to physically work with the equipment so that if they get called out in inclement weather, they will have the muscle memory to go straight into it. They have also learnt how to work in support of their Environment Agency partners and I am sure that both the 5 RIFLES and the King’s Royal Hussars will be ready for the challenge should it come.”

“As Storm Angus reminded us last week, floods happen quickly and can be devastating but we’re prepared to take action wherever it is needed this winter. We have 6,500 staff trained in incidents and 1,200 soldiers on standby to help us protect communities from flooding. Today’s exercise with the army has allowed us to test our temporary barriers so that we can respond even more quickly and efficiently when severe weather hits.

“It’s important that everybody is aware of their own flood risk. People can find out how to get ready and check their flood risk https://www.gov.uk/prepare-for-flooding or by calling Floodline on 0345 988 1188.”