One of the seven civil protection duties conferred on Category One Responders under the Civil Contingencies Act 2004 is the requirement to plan for major incidents and emergencies. Part of this involves the need for multi-agency training and exercising. The Wiltshire & Swindon LRF has been busy over autumn in this respect. 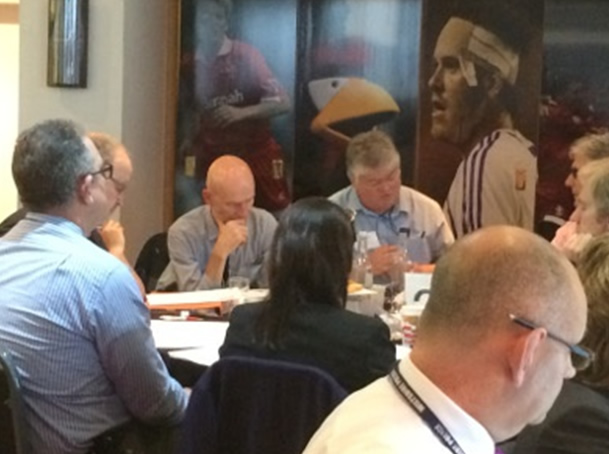 Following Exercise Red Kite in October 2013, a need was identified for senior managers who operate at the strategic and tactical levels to have a better appreciation and greater awareness of the others role, understanding the boundaries and the demarcation between the two. The strategic role is to set the strategy (sometimes known as the thinkers) and the tactical role is to produce a tactical plan for implementation to resolve the incident (sometimes known as the planners). This has to be done within the parameters set at the strategic level. It is vital that both levels operate in concert with each other. Two facilitated training days were held at the Corn Exchange in Devizes in November and December with senior representation from a whole variety of agencies who would be involved in a response to a major incident or emergency in Wiltshire or Swindon. These proved very successful with everyone having a better understanding of their role and the role of others.

Although the risk to the UK is low, all LRFs across the country have been planning for a case of Ebola and Wiltshire & Swindon LRF is no exception. In conjunction with the Local Health Resilience Partnership (LHRP), which also acts as the health arm of the LRF, a tabletop exercise was held at Swindon Town Football Club on Tuesday 25th November. This found that agencies are well prepared to deal with a case should it happen within our area. It was also an opportunity to feed into national planning arrangements whereby good practice can be shared.

On Thursday 11th December, partner agencies made their way to Azimghur Barracks at Colerne to support the Bristol University Air Squadron with their annual exercise. This was in the form of a tabletop exercise with a scenario involving a fatal air crash. It highlighted the role of the civil authorities in response to such an incident at Colerne and enabled the Air Squadron to refine their plans.

Reflecting on this busy period of training and exercising for the LRF, Ticki Toogood, Head of Learning & Development for Wiltshire Fire & Rescue Service and Chair of the LRF Training & Exercising Sub-Group said “It is really important that all agencies take the opportunity to train and exercise together because, should these incidents happen for real, we are better prepared to respond effectively. No one agency can deal with such an incident in isolation.”