Local Councils ready for the onset of Winter 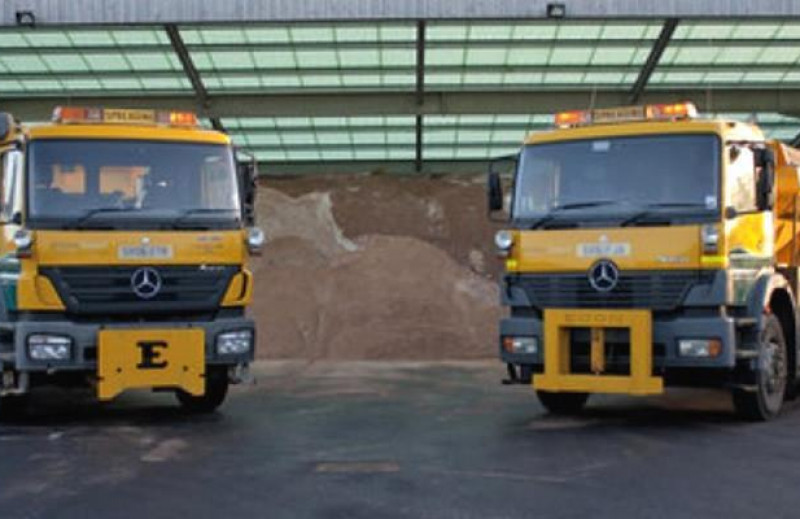 Wiltshire Council and Swindon Borough Council are both Category 1 Responders and are key partners of Wiltshire and Swindon Local Resilience Forum. They have a vital role to play during cold weather. Both Councils have preparations in hand ready to face any severe weather this winter. Their meticulous preparations helped to mitigate the impacts of ‘The Beast from the East’ earlier this year, when both locations experienced heavy snowfall meaning that the areas were able to get back to business as usual pretty quickly.

Swindon has preparations in place should freezing temperatures hit the borough over the coming months. More than 500 tonnes of salt have been delivered to Swindon Borough Council’s Waterside depot in Cheney Manor Industrial Estate, taking the road salt stockpile to over 800 tonnes.

The salt which has been put aside by the Council is enough to treat the town’s priority routes 20 times. Additional salt is on provisional order should Swindon experience snow or prolonged cold spells with further salt stocks easily available should they be needed.

A team of eight drivers and eight gritting lorries will be on stand-by 24 hours a day to grit the priority routes, which cover 208 miles of the borough’s 520-mile road network. They will also be on hand to plough the routes in the event of heavy snowfall.

The Council’s drivers have been out training going over their routes and making sure they are as prepared as possible in the event of severe weather.

The Council has emergency planning procedures in place and staff in many service areas will also be placed on standby in the event of severe weather.

Further information on Council services in an emergency or during adverse weather will be available on the Council social media accounts and through the Your Swindon newsletter available at swindon.gov.uk/newsletter

Wiltshire Council’s winter maintenance team is more prepared than ever to keep the roads running smoothly over the cold period.

After the end of every winter, they service their 24 gritting vehicles, amend and test gritting routes, and develop closer working arrangements with parishes and other agencies.

They have more than 13,000 tonnes of salt in stock strategically placed throughout the county in six storage sites. They also have weather stations in key areas which provide real time information and assist in producing accurate forecasts to ensure their gritters are sent out at the right time.

On average it can take up to 140 tonnes of salt to grit Wiltshire’s A and B class roads and 230 tonnes to salt an extended list of roads during prolonged cold weather.

During severe weather local farmers also have an important role to play, with many clearing snow in their local areas when required.