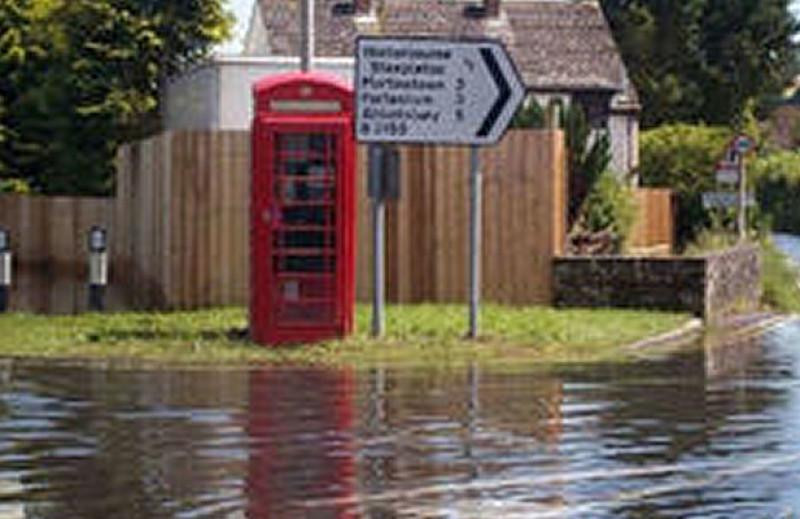 Until now, the Environment Agency’s online flood warning service could only issue general alerts about the risk of groundwater flooding to residents of Dorset, Salisbury Plain and Wiltshire South Downs.

The Environment Agency wants the area’s 10,000 residents who live in more than 100 vulnerable communities to do 2 things: check if they are at risk of groundwater flooding, and sign up for free telephone or text message alerts. You can also register by calling Floodline on 0345 988 118 (free 24-hour service).

Residents already signed up to the flood warning service will still need to ‘opt in’ for groundwater flood warnings.

Groundwater flooding is commonly associated with areas of chalk geology. It occurs when the water table rises to the surface following a wetter than average winter.

Rising groundwater can be very difficult to protect against. It is less visible than flooding from rivers, and often seems to appear out of nowhere. A warning can be the first indication people get that flooding is imminent.

This type of flooding can be a huge problem for householders. It can lead to overflowing septic tanks and flooded basements. Groundwater can be around for weeks or even months, as a result.

Signing up for groundwater flood warnings will give residents the chance to take action and put preventative measures in place before flooding affects their home, like turning on pumps.

Wiltshire and Dorset councils, the lead local flood authorities for groundwater flooding, supported the development of the service, which has been funded by the Wessex Regional Flood and Coastal Committee.

To find out more information about groundwater flooding, visit www.gov.uk/government/publications/flooding-from-groundwater for practical advice and guidance on how to reduce the impact of flooding from groundwater.