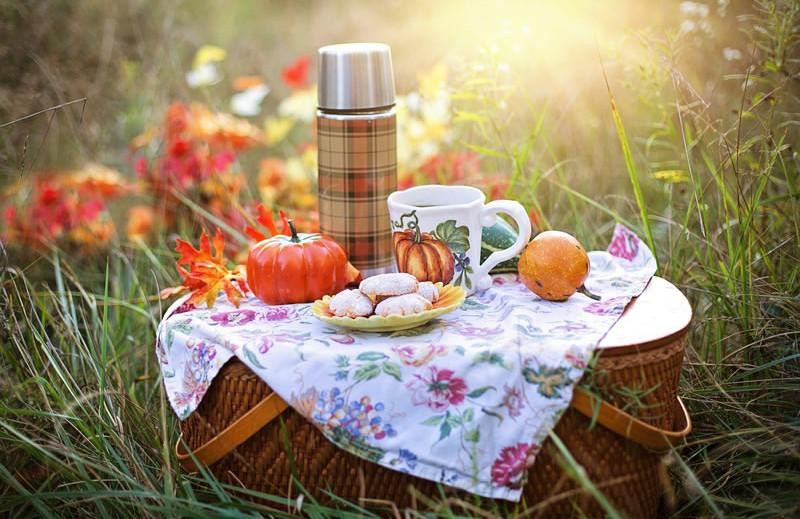 One year ago this week (18 May), a wildfire started in Wareham Forest which led to over 220 hectares - the size of over 230 football pitches - of forest and heathland being destroyed.

To mark the anniversary of the blaze, Dorset & Wiltshire Fire and Rescue Service (DWFRS) has worked with partners to launch a wildfire prevention campaign - #BringAPicnicNotABBQ.

The campaign aims to remind the residents of Dorset and Wiltshire, as well as day trippers and holidaymakers, to take care in our beautiful open spaces this summer. A seven-minute film has been produced, highlighting the impacts the huge fire had on organisations across Dorset, as well as the work that is being done to prevent an incident like this occurring again.

The Wareham Forest fire, which is believed to have been started by a disposable barbecue, was one of the most devastating forest and heath fires in Dorset, in living memory. Firefighters, police officers, Forestry England rangers and many other partners were on the scene for over three weeks last summer, working tirelessly in hot and arduous conditions to bring the major incident to a conclusion.

Disposable barbecues being left behind when still hot are a known cause of heath and forest fires, as are campfires. The new campaign aims to reduce this risk by encouraging people to choose alternatives. It also highlights that barbecues and fires are banned on heathland, in forests and in many other high risk areas across Dorset, including at Wareham Forest.

Assistant Chief Fire Officer Andy Cole said: “Firefighters, Control room operators and all staff from across Dorset & Wiltshire who supported the Wareham Forest fire worked extremely hard to bring it to a safe conclusion. The incident highlighted just how devastating, and resource intensive, wildfires are. With nice weather hopefully on the way, and Government coronavirus restrictions easing this week, it is only natural to want to go outdoors and enjoy it with friends and family, but it is also important to stay fire-aware when out and about. The idea behind the #BringAPicnicNotABBQ campaign is to remind those enjoying our countryside that bringing a picnic is a much safer option than having a barbecue.”

Chair of Dorset & Wiltshire Fire and Rescue Service, Cllr Rebecca Knox said: “The Wareham Forest fire was one of the most significant events DWFRS have dealt with for many years, in order to bring the fire under control the Service required nationwide resources. The incident was immediately recognised by the Home Office as a national emergency. The Fire and Rescue Authority put everything into ensuring that DWFRS had all the resources it needed to deal with the fire, and we worked closely with local MPs and the Home Office to make sure this was the case. As an Authority, we continue to support the Service to ensure we can educate residents and visitors to Dorset & Wiltshire about the dangers of disposable BBQs so that everyone can enjoy our beautiful countryside safely. Please, if you’re out and about in Dorset & Wiltshire this summer, bring a picnic, not a BBQ.”

Dorset Police Purbeck Neighbourhood Inspector James Offer said: “This fire had a huge impact on the local community. Not only was a large area of forest, heathland and its wildlife destroyed, road closures had to be put in place that inconvenienced many people and firefighters risked their lives over a number of days to tackle the blaze and bring it under control.

“We are joining our emergency service colleagues and partner agencies to remind the public to protect our environment this summer and avoid having fires or barbecues on our heathland or forests. The effect can be devastating to our nature and wildlife.”

Mark Warn, Wildlife Ranger, Forestry England, said: “Wareham Forest is one of the most important places in the UK for nature and conservation, with much of the wildlife found here having already disappeared from other parts of the country. It is one of the few places where it is still possible to find all six of the UK’s native reptiles, including the endangered smooth snake and sand lizard, and it is home to many rare species of birds and insects.

The wildfire here showed how somewhere as special as this can be so quickly devastated by one careless act. We all have a role in preventing wildfires and one of the simplest ways is to leave the BBQ at home, they are not permitted and not welcome in the Forest.“

Cllr Noc Lacey Clarke, Dorset Council’s Lead Member for Environment, Travel and Harbours, said: “The use of disposable BBQs and lighting of campfires in high fire risk areas of Dorset cannot continue. The devastation of Wareham Forest last year was inexcusable and could have been avoided.

“We know that disposable barbecues and campfires are a real threat to our important forests and heathlands in Dorset. They also contribute to litter as, ironically, they are quite hard to dispose of because they stay hot for many hours.

“The decision made by councillors at the Cabinet meeting on 6 April, to ban disposable barbecues and campfires in high fire risk areas in Dorset is the right decision. This firm approach coupled with a campaign to raise awareness of the risks will work hand in hand to hopefully reduce the number of fires in the future. We’ll continue to work with our partners and supermarkets to try and better manage the sale of disposable barbecues in Dorset.”

Paul Attwell, Team Manager at Urban Heaths Partnership said: “Fires like the Wareham Forest are devastating to people, wildlife and property and working in partnership we are trying to reduce the number and size of such incidents but we won’t succeed without the help of everyone who visits these sites, so we ask that you bring a picnic not a BBQ and if you see a fire then get to safety and call 999, don’t wait for someone else to make the call.”

More information on staying safe and enjoying outside areas whilst avoiding starting a wildfire can be found at the Dorset & Wiltshire Fire and Rescue Service website.

Read more about Hot Weather in our Knowledge Base

It’s important to make sure you stay safe in the sun: apply sunscreen regularly, stay hydrated, and protect your head from the sun.