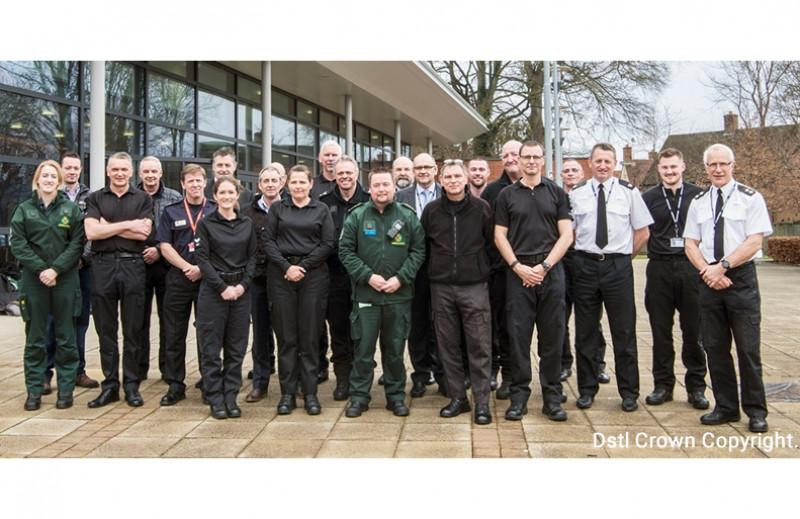 The Defence Science and Technology Laboratory’s Ministry of Defence Police led a major exercise which brought together regional first-responders, highly-trained hostage negotiators from the Metropolitan Police and other key security services staff to model the response to a major incident.

The exercise forms part of the Dstl resilience planning, and prepares security forces and staff at Dstl for the immediate response to any attack or incident.

This is the first time that such a large, multi-agency event has taken place, involving more than 80 representatives from across the UK. The exercise involved realistic scenarios of possible incidents, and concluded with Local Resilience Force support.

“This was a fantastic example of the great partnership between Dstl and MDP. It also demonstrated that we have a solid support network across the emergency services. That we had so many people attending showed that the safety and security of our sites is paramount.”

The exercise reinforced and developed the response mechanisms which would be put in motion in response to any attack. Exercises like this ensure smooth and rapid response in the event of an incident; ensuring our preparedness and potentially saving lives.