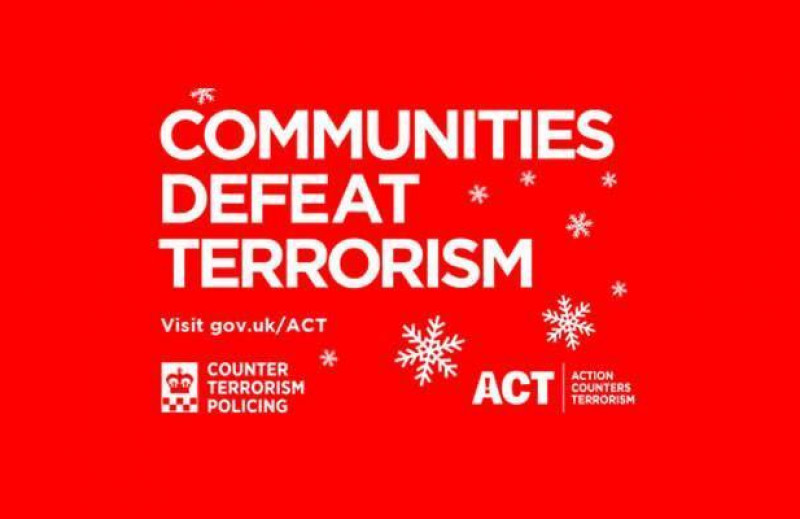 Working together with communities, Counter Terrorism Policing wants Christmas security all wrapped up.

Shoppers are being asked to put security at the top of their ‘must have’ lists this Christmas.

With the festive rush about to get underway, Counter Terrorism Policing is today, Monday 19th November, launching its biggest-ever winter advertising campaign as part of ACT: Action Counters Terrorism.

While there is no known increased threat to busy town and city centres, people flocking to stock up on Christmas gifts will see police working alongside security personnel to encourage everyone to remain vigilant and report anything suspicious.

Across the country, security messaging will appear on advertising boards and digital screens around crowded Christmas events and key shopping locations, reminding the public about the crucial role they play in helping to tackle the terrorist threat.

The winter advertising campaign aims to provide a ‘whole society’ approach where police, security staff, retail workers and the public come together to minimise the chance of attacks and mitigate the impact they can have.

“As people are enjoying the festive season they will see a visible security presence with police patrols and additional security in crowded places.

“Unpredictable deployments across the UK will also provide an additional layer of protection, with specially-trained uniformed and plain clothes officers working to deter, detect and disrupt hostile reconnaissance and encourage the public and businesses to be their extra eyes and ears and report anything that doesn’t feel right.

“While there is no specific threat we have sadly seen how crowded places have become targets and we want to remind everyone that the police and our partners are working hard to protect them.