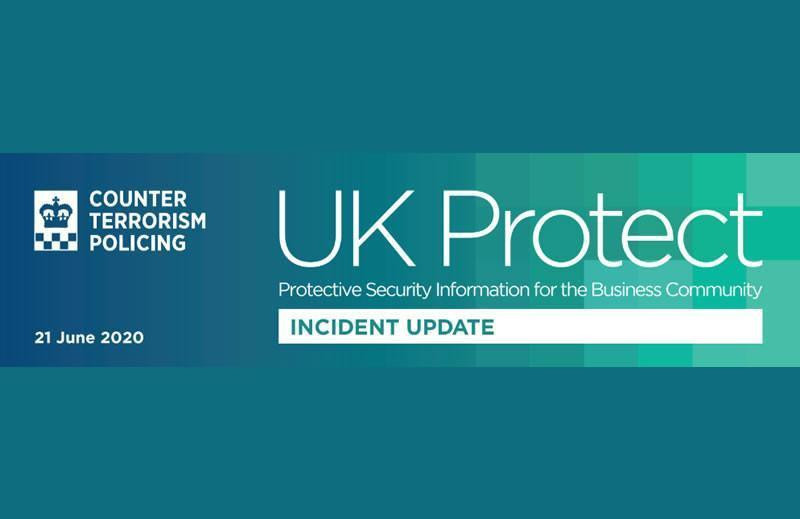 On Saturday evening at around 7pm, a man ran into Forbury Gardens in the centre of Reading and attacked members of the public with a knife leaving 3 dead and a number of people needing hospital treatment. This was an atrocity and my deepest sympathies go to the families who will be mourning loved ones after this horrific act, and to all those who have been affected by it. We are working with the coroner to formally identify those who have died and to inform and support their relatives.

I want to praise the actions of Thames Valley Police colleagues who responded immediately at the scene, and detained the attacker nearby. I also want to pay tribute to the bravery of members of the public who provided emergency first aid at the scene. Counter Terrorism Policing attended the scene, and worked closely with Thames Valley Police through the night. This morning I can formally confirm that this has been declared a terrorist incident. A 25 year old man was arrested yesterday on suspicion of murder and remains in custody. From our enquiries undertaken so far, officers have found nothing to suggest that there were any other people involved in the attack, and presently, we are not looking for anyone else in relation to this incident.

Although the motivation for this heinous act is far from certain, Counter Terrorism Policing have taken on responsibility for this investigation. However we are content that it was not associated at all the Black Lives Matter protest, which was taking place peacefully earlier in the day, and which had concluded some hours before this attack took place.

We will continue to work around the clock on this investigation and to get justice for those killed and injured. I would appeal to members of the public who may have witnessed the attack or who have information that might assist the investigation to contact police. I also reiterate the calls for people to show restraint by not sharing any images and footage of the attack on social media.

Covid-19 has already made strange territory of our familiar places and I appreciate the concern that this attack may cause. But let me be clear that there is no specific intelligence to suggest anyone else attending crowded places is at risk. So I would ask the public to continue in your daily lives but to be alert, not alarmed, when you are in public places. If you see anything suspicious please report it, and remain vigilant. We are working around the clock to investigate this incident and we will issue further information as it is confirmed.

UK Protect products are produced by Counter Terrorism Policing Headquarters (CTPHQ) and provided free of charge. UK Protect products should be shared with permission from and as provided by CTPHQ with appropriate acknowledgement. No payments are to be requested or received in exchange for these products or parts thereof. All products are protected under copyright and should not be altered, copied, or re-packaged without the written permission from CTPHQ. CTPHQ©